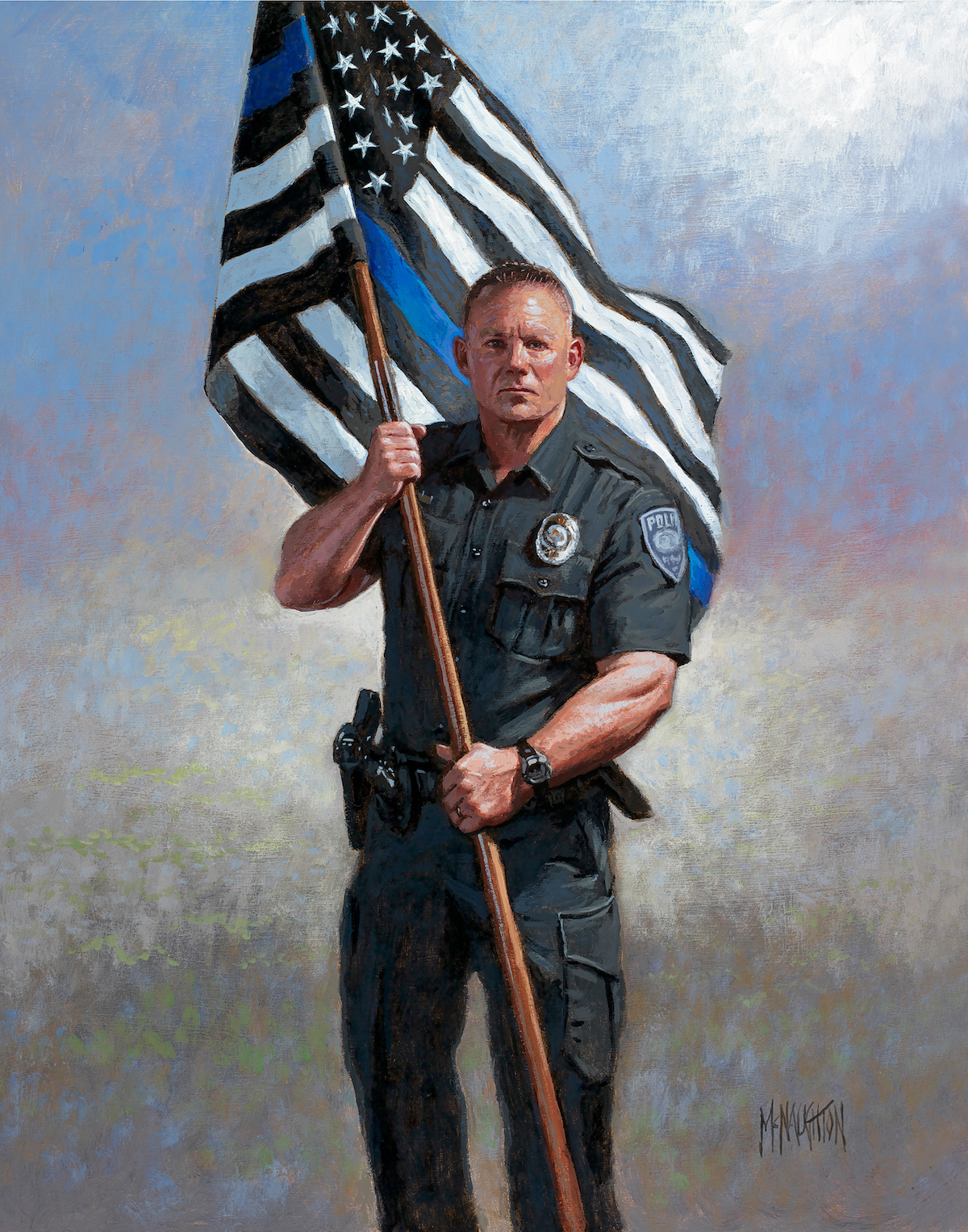 America is under attack. Not from a foreign country, but a deadly ideology that seeks to bring chaos to our streets and destruction to our communities. The police have been dehumanized in the media and popular culture by an insidious march against American ideals bent on our destruction. The only thing that stands between us and the wave of crime and chaos that will destroy this nation is the thin blue line of law enforcement.

I support the men and women in blue. The thin blue line flag is a symbol of pride and respect for a dangerous profession that puts officer’s lives on the line.

I envisioned a police officer holding up the blue line flag as a symbol of their determination, strength, and love as public servants for all the people, our families, and our communities.

Against the evil that malign,

Men and women of honor

Who hold the blue line.