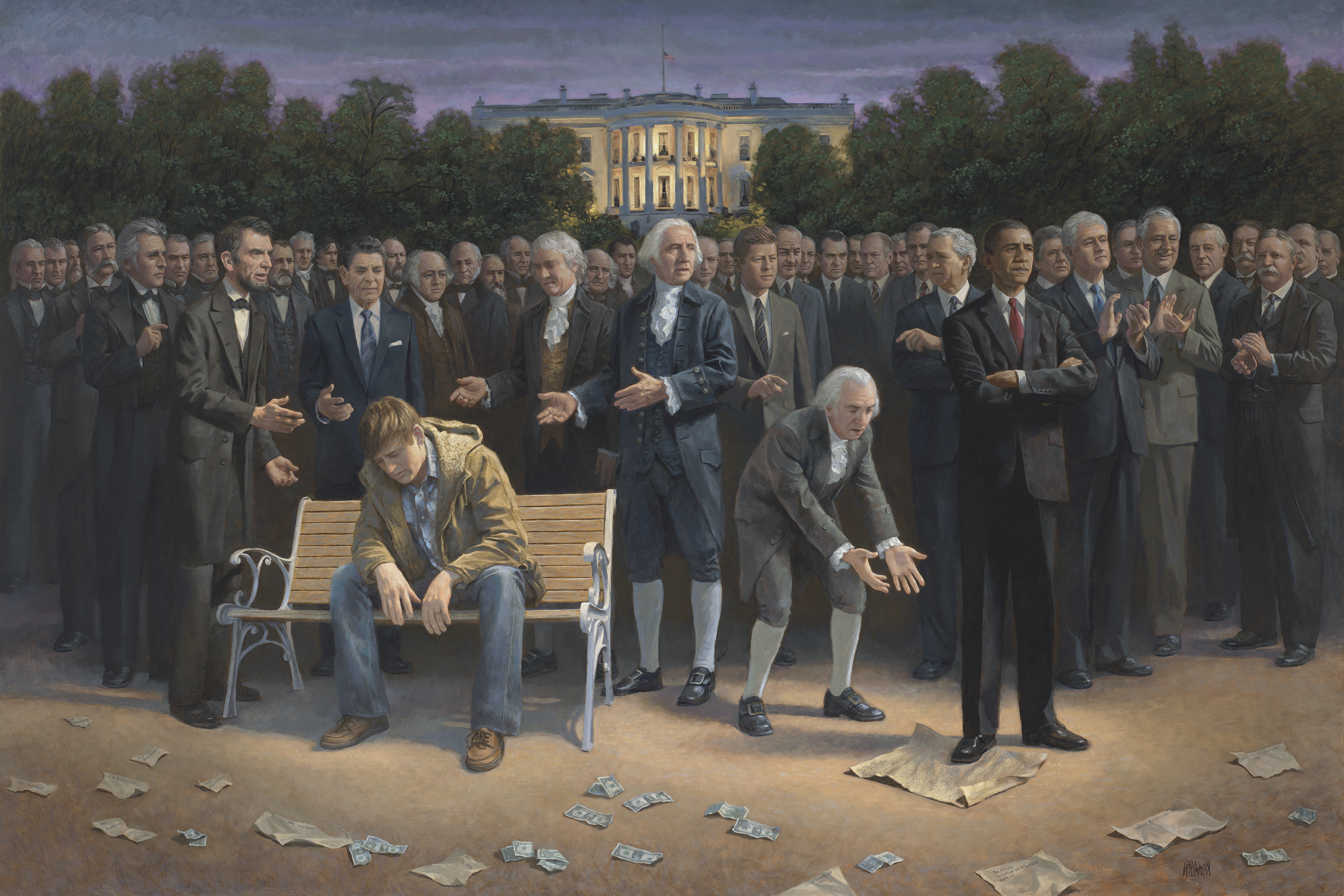 This historic image was painted by Jon McNaughton in 2011 in response to the passing of the Affordable Care Act (Obamacare). During the 2016 election the painting gained additional interest as Americans united to defeat Hillary Clinton. On the day of the election, Sean Hannity spoke of the significance of this painting and how it would take the forgotten men and women of America to rise up and save America. That night, as Donald Trump gave his acceptance speech he noted that because of the Forgotten Men and Women of America he was standing as the new President of the United States. The day after the election Sean Hannity purchased the original painting and publicly stated that this was the election of the "Forgotten Man."

Learn more by clicking on the INTERACTIVE PAGE: https://jonmcnaughton.com/interactive/the-forgotten-man