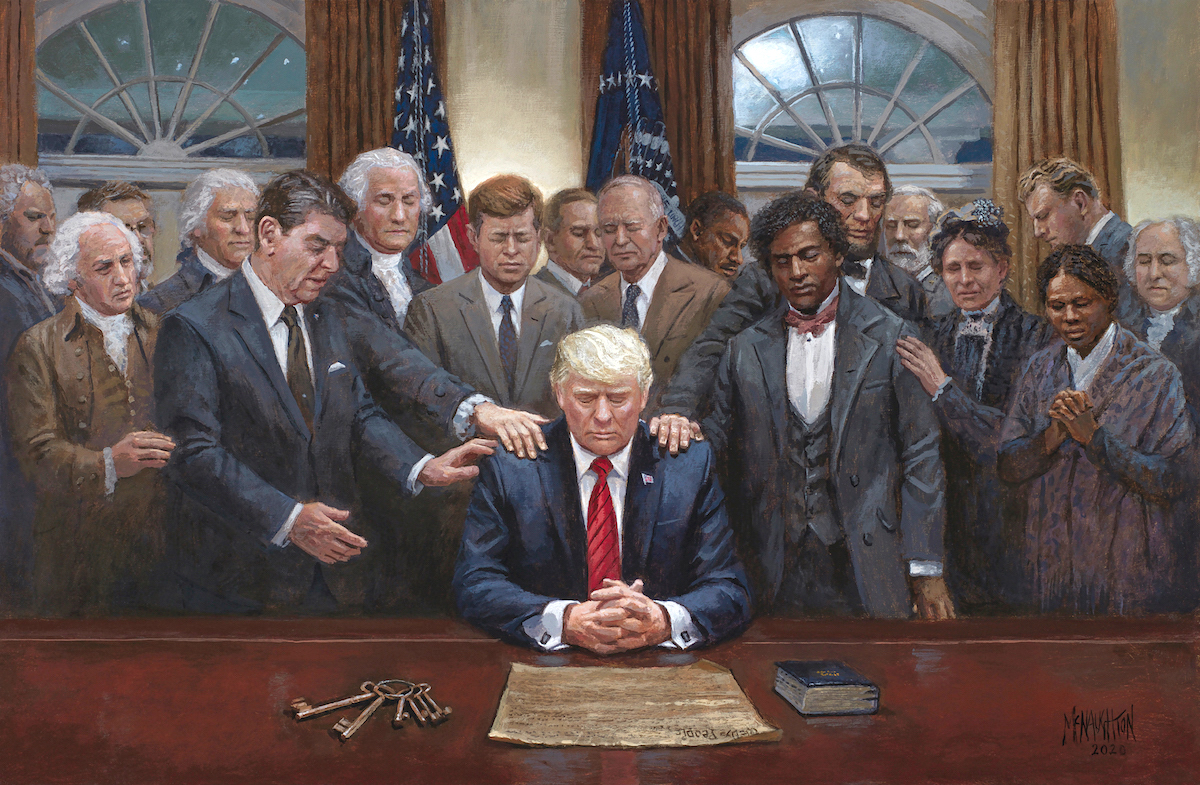 LEGACY OF HOPE” by Jon McNaughton

I have been discouraged by the times in which we live—a battered economy, a confusing pandemic, civil unrest, riots, and the blind rage of those who seek to destroy our country. What’s even more troubling, is that many in the mainstream media have seemingly joined forces with those who are actively (and seditiously) trying to burn America to the ground.

While thinking about these things, the White House released a photograph—a photograph that gave me… hope.

It was a photograph of faith and hope for the future.

And as I thought about that hope, I couldn’t help but think about our HISTORY—our legacy of hope. Contrary to what some might tell you, the United States didn’t begin in 1619, with the first importation of slaves. The United States has a specific birthdate—it began in 1776. It began when we not only declared our independence from a system that introduced slavery to the New World, but our country also began when we declared that all men and women are created equal.

From that day forward, great men and women—people like George Washington, Harriet Tubman, Abraham Lincoln, Thomas Jefferson, and Frederick Douglass—have risen up and have fought and died to ensure that this nation lives up to its founding creed.

As Americans, we share a legacy of hope that should never be forgotten.

The original images that inspired this painting were released by the White House and are licensed under a Creative Commons License (CC BY 3.0 US).

Additionally, I want to thank those who stood in the image—those brave men and women who stood with our duly-elected President and continue to stand for our country. Thank you.