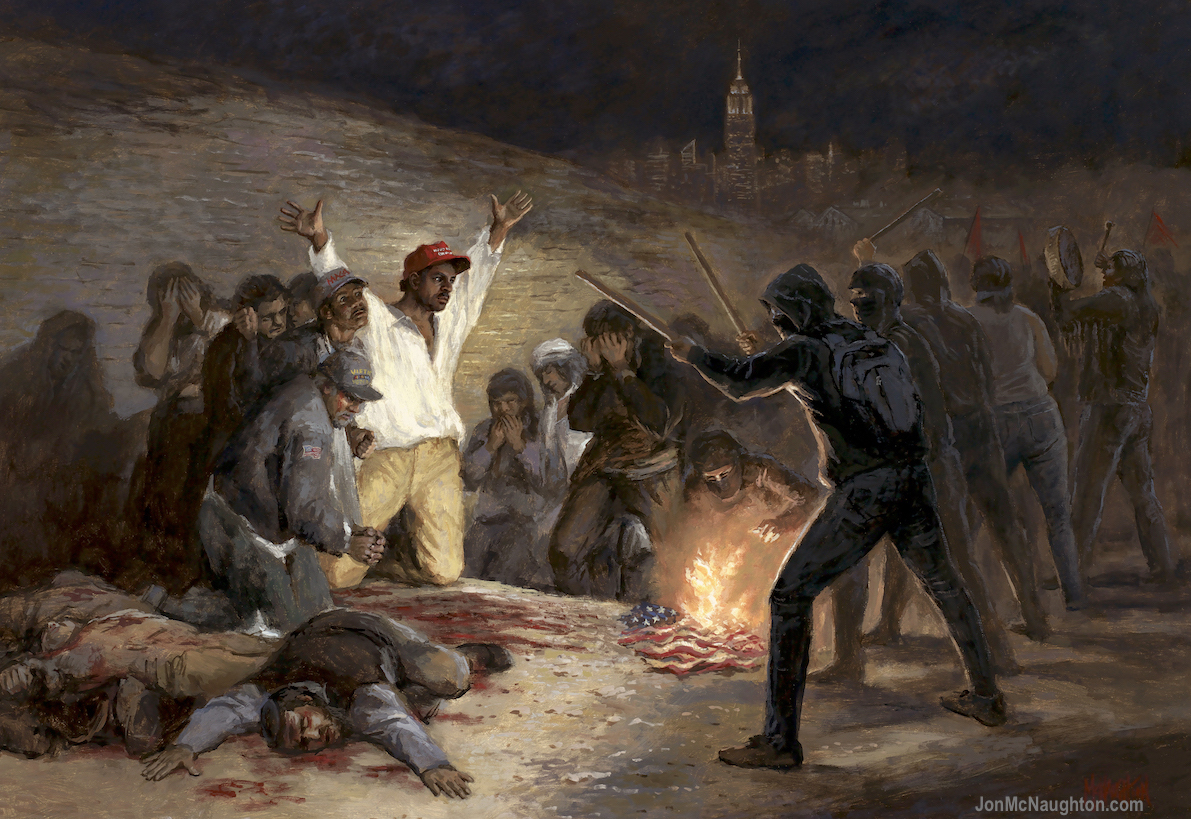 The election of Donald Trump was a catastrophe for progressive America, but they quickly responded by organizing a myriad of leftist groups to “resist” President Trump. In addition to the Washington and Media establishment’s attack against the President, it included large protests and violent acts against Trump supporters.

It has become unsafe for many people to simply wear a red ball cap in public with the words: Make America Great Again.

Trump supporters are harassed in restaurants, business establishments, street corners, and many public places. They are routinely bullied across the country, and blood has been spilt by progressive activists physically attacking innocent people. This includes both men and women, people from all walks of life. In certain cities, the violence is hardly acknowledged, and even dismissed.

This painting is a recreation of the famous Francisco de Goya painting titled “The Third of May 1808.”It inspired a number of other major paintings, including a series by Édouard Manet, and Pablo Picasso.

Goya is often referred to as the Father of Modern Art. His art, a reaction to the political climate of his time, reflected personal feelings regarding his world with little regard for the establishment. I am a political artist, but I will always be an outsider to the art world because I don’t follow the rules of the left.

These paintings reflect my personal feelings for being alive at this time in our country’s history. May America remain strong against this violent aggression.

In my painting, the peaceful Americans are the “resistance.”