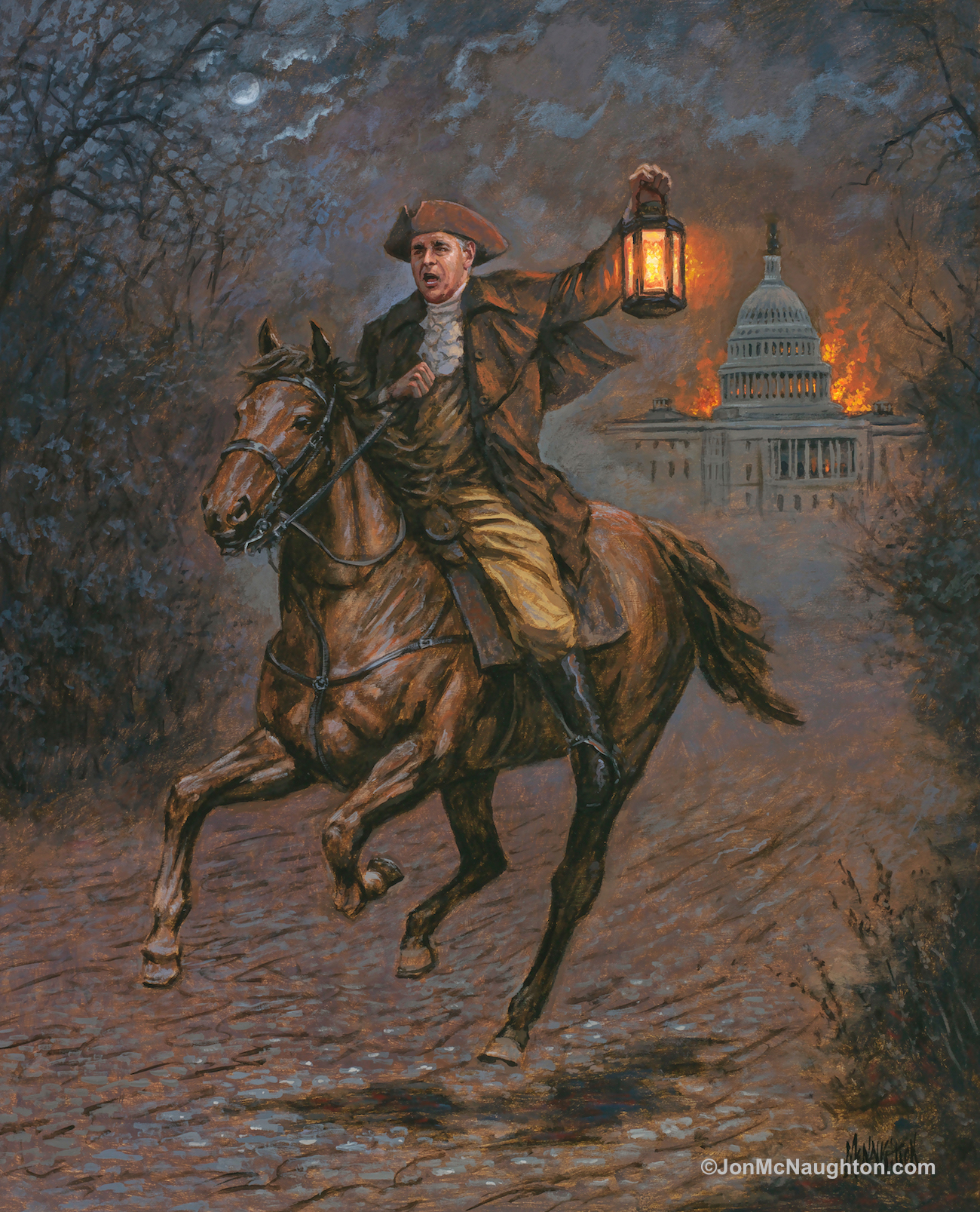 Listen, my children, and you shall hear

Of the night ride of a Modern-day Paul Revere,

The attack of the president we did survive

The impeachment trial which was a lie,

And always remember that infamous year

When Americans awoke to a present danger.

He said to the people, “If the Democrats try to deceive

Speak it from the radio and the TV,

For the conservative light of reasonable thought

Will win the day and foil the plot,

Hold up the lantern for all to see

Ready to ride and spread the news

To every American with rational views,

That Trump’s reelection is national news.

You know the rest. In the books you have read

How the Democrats conspired and fled,

How the “Deplorables” gave them nowhere to go,

And voted for Trump despite the media show,

Unveiling their lies with ease and precision,

The Democrats fell into dismal confusion.

So through the night rode a Modern-day Paul Revere;

And despite the leftist hate he gave us the news

To every American with rational views,

A cry of defiance, and not of fear,

A voice in the darkness, we’ve heard him before,

And words that shall echo forevermore!

For, borne on the night-wind of the Past,

Through all our history, to the last,

In the hour of darkness and peril and need,

The people will waken and listen to hear,

The voice of Sean Hannity loudly and clear,

And the message of a Modern-day Paul Revere.