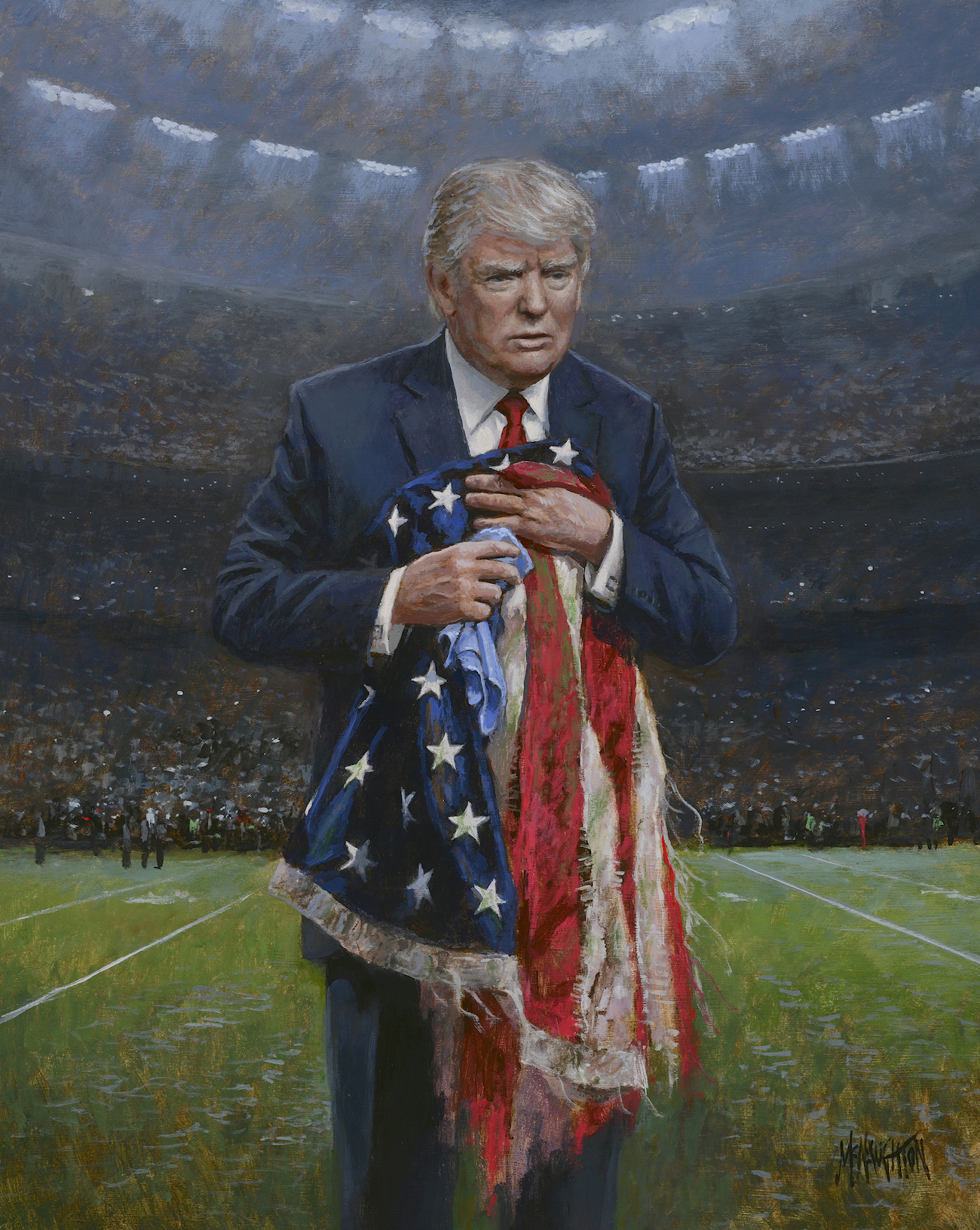 I painted President Trump picking up a shredded and trampled flag off the football field. He holds a wet cloth in his right hand, as he attempts to clean it.

I respect America. I respect the flag, the anthem, and the President; because he doesn’t back down to those who do not.

When the NFL players decide to kneel as the national anthem was given, I felt sick. That flag represents the vast number of Americans who have sacrificed their lives for our nation. It is about their blood and the sacrifice of many thousands.

If we do not respect the flag enough to fight for what it stands for – liberty, justice, and strength – then we will be the weakest generation. The way Trump called out the NFL for not supporting the standing of the national anthem was an example of how a President should lead, with courage to say and do the right thing regardless of the reaction of others.