Last Supper of a Blessed Nation 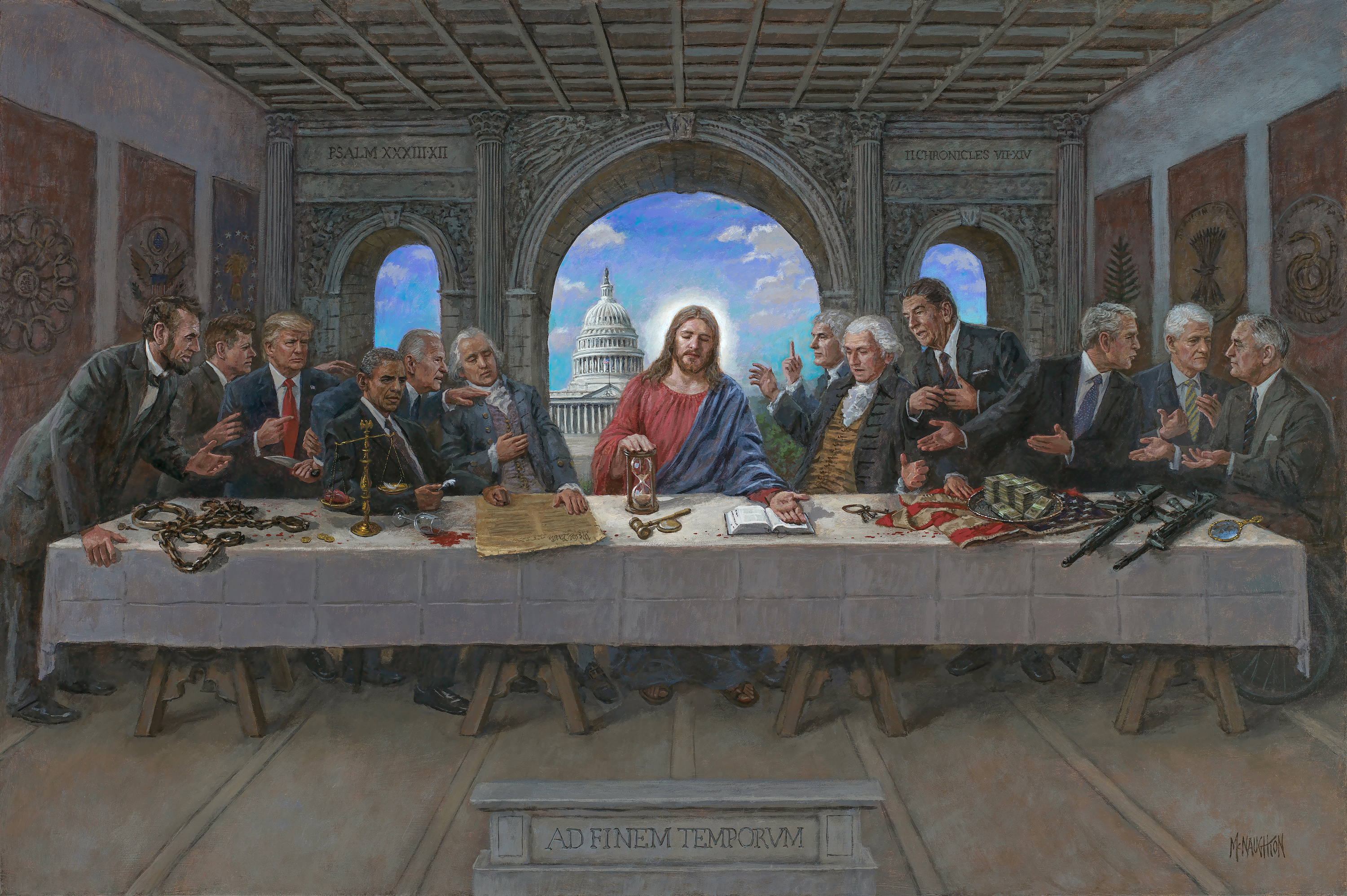 Two millennia ago, Jesus Christ gathered the Apostles for His Last Supper to offer them a New Covenant, to bring His Gospel and Light to a world that desperately needed it.

In my painting I used the “Da Vinci - Last Supper” to represent the Covenant our Lord has made with the people of this land. Christ lays His hand upon the hourglass of time and sits in judgement upon this nation.

Twelve Presidents represent the rise and fall of American culture, the great demise of our nation’s honor and virtue, as this country’s destiny is laid in the balance. On the table are laid various symbols that describe what is, what was, and what shall be. Each American President has a story to tell, a truth to be revealed, and has played a part in our country’s blessing or destruction.

Today, America is divided and broken, both politically, and spiritually. What will be the fate of our generation? Consider your place at the table and discover the deeper meaning within the painting “Last Supper of a Blessed Nation.”

Scripture noted on wall behind Christ:

2 Chronicles 7:14: “If my people, which are called by my name, shall humble themselves, and pray, and seek my face, and turn from their wicked ways; then will I hear from heaven, and will forgive their sin, and will heal their land.”

Latin words on front monument: AD FINEM TEMPORUM (To the End of Time)