How Do You Paint the Face of Christ? 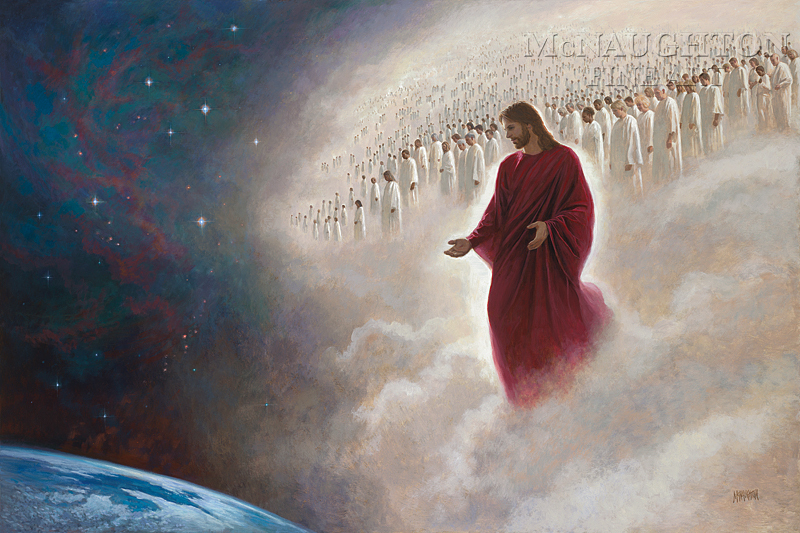 When I first began to paint the Savior I felt completely inadequate for the task.  Many artists say that it is the most difficult subject to paint.  How do you paint someone who we believe is the God of the Universe and the most humble, loving, perfect man who ever lived?  There are many millions of people in this world that love the man they call Jesus.  They all have their own personal image of how they think He should look.

Where is an artist to start?  I decided I would begin by looking at all the different artist’s renditions since early Christianity until today.  His image has gone through much metamorphosis.  I read different historians talk about how Christ would have looked.  Each was convinced of their own conclusions.  Some people today claim to have had a personal witness, that they saw Him in a vision or dream and know exactly how He looks.  All these things were very remarkable and I would seriously consider each account.  It was interesting to me how each group of people would often paint Christ in a way that most resembled themselves.  Their comfort zone if you will.  Many people have come into my gallery and with absolute certainty say that He has brown eyes or blue eyes, dark skin or light skin, long hair or short hair.  Now I see why this is such a difficult subject to paint.

At this point I thought to myself, “OK, what does He really look like?”  So I started reading different studies from an anthropological point of view.  National Geographic had that interesting article about what Jesus really looked like.  Not too handsome, kind of gruff.  Perhaps He did look like that?

One night I had a dream.  It was in the distant future.  I was at a great conference and all the artists who have ever lived who painted Jesus Christ were gathered together in one place.  Many of the well known masters were there.  I saw Michelangelo, Da Vinci, Rembrandt as well as many modern painters of Christ.  I was there with all these great artists as we anticipated the arrival of the guest speaker.  It would be Jesus Himself and all attending expected Him to acknowledge who the truest artist was.  All were wondering who had painted Him with the most perfection and accuracy?  Who would be named by Christ Himself as the greatest of all?

As I sat in my chair a hush came over the room as someone entered and moved toward the podium.  I saw a man in white, but I could not see His face.  He stood at the podium and began to speak in a soft, loving voice that seemed to pierce my heart to the very core.  He said that there were many talented artists who were here and that He knew many were wondering in their hearts who was the greatest among us.  He then said, “The greatest among you is he whose art did most to save souls in the Kingdom of my Father.”

When I woke up I was thrilled with the dream and curious about the answer.  In my mind I felt the meaning of the dream was that it was not as important to Him how He looks in the painting as how it affects the viewer.  If it helps them to draw closer to Him, to strengthen their faith and come unto Christ– it is a masterpiece.  As an artist I feel that it is more important to paint a face that evokes emotion and familiarity than it is to paint an anthropological version that would be difficult for the average person to recognize.

Some day I hope to see Him and to look into His eyes.  I don’t care what color they will be or how long His hair is.  I will recognize Him by that overwhelming feeling of love and joy that can only come from standing in the presence of my Savior.