Jon McNaughton's paintings have been discussed on multiple media channels including Drudge Report and Infowars, but most Americans came to know Jon through The Sean Hannity Show.  Sean has purchased a few original paintings from Jon, but most popular and most recent was his purchase of The Forgotten Man.  Take a look at why Sean thought this painting perfectly represented the election of 2016.

At the 2017 Conservative Political Action Conference (CPAC), Sean Hannity gave a shout out to Jon before the live show. Afterwards, he was able to snap a picture with him holding one of his newest originals, "Ronald Reagan--It Can Be Done." 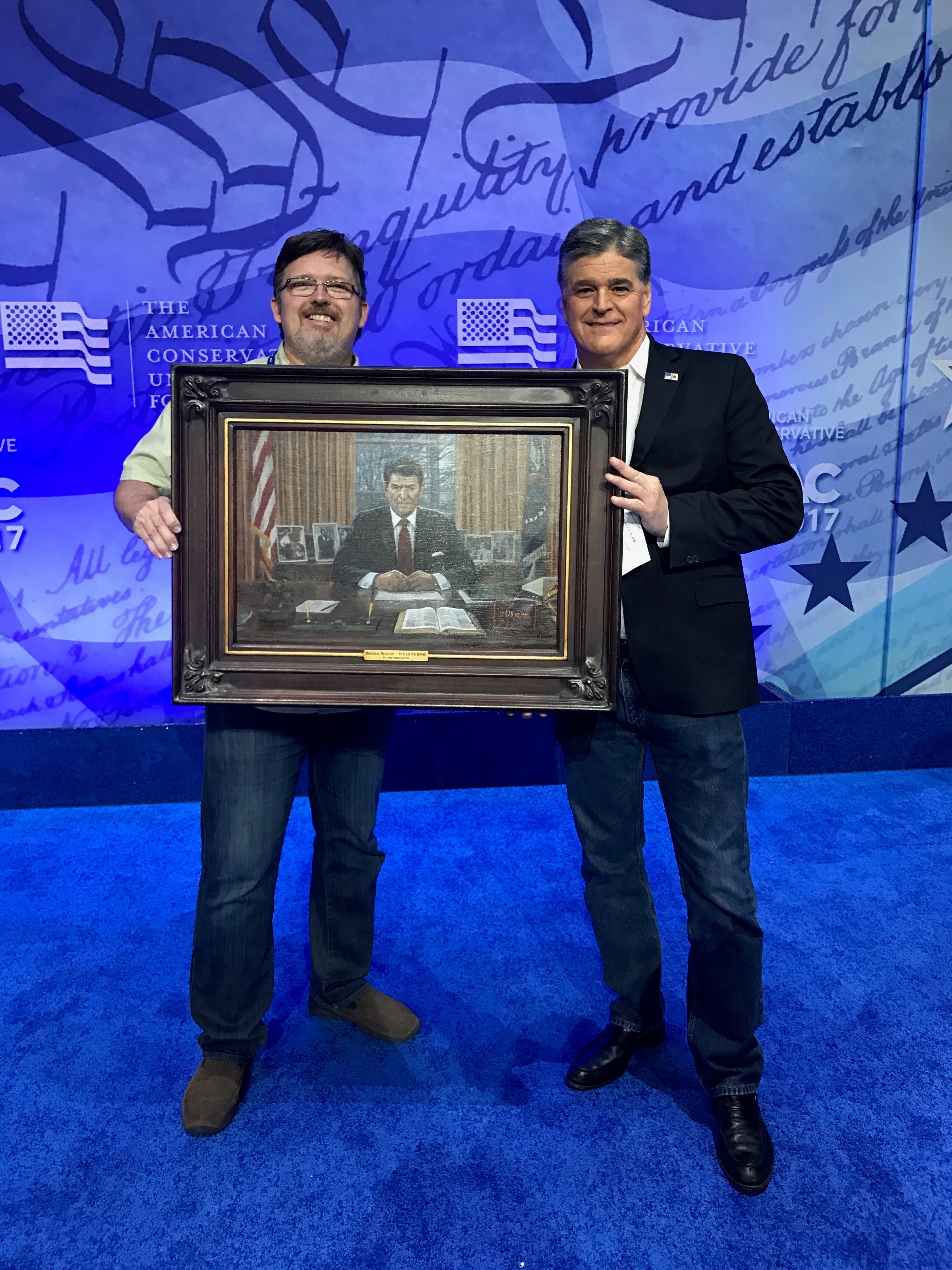 The first time Sean interviewed Jon was in 2012. He was enthralled with "One Nation Under Socialism" for its bold, conservative statements. Now, Jon is internationally acclaimed and remains friends with Sean.